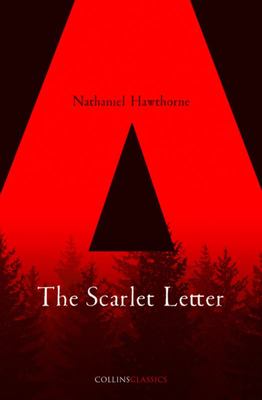 Inspired by recent current cultural movements (The Women's March, #MeToo), and the new wave of feminism, these new releases of classic books feature strong female protagonists who must navigate difficult situations involving class and power, love and loss, sex and family, independence and societal norms, and more. Each book is packaged in an eye-catching luxe paperback format to appeal to the Generation Z buyer, though these timeless stories will appeal to anyone interested in the female experience throughout history. Other books in the Z lit Classics series include: Tess of the D'Urbervilles, Little Women, Sense and Sensibility, Tales from the 1001 Nights, , and The Awakening and Other Stories.

Hester Prynne's sportin' a big red A on her dress, and everyone knows what that means: that girl messed around even though she's got a rock on her finger. She's got a baby with no daddy, and the public's not having it, though they can't figure out who the dude is.

So they put her on full blast, standing her up on stage while some guy named Roger Chillingworth is freaking out in the crowd and the minister Arthur Dimmesdale is looking all torn up. Hester puts on her brave face and keeps her mouth shut through it all while her bae stays in hiding. But it's pretty obvs that something shady's going on.